Thousands of fines given as a punishment towards students add up to more than half a million of extra money for universities to play with. 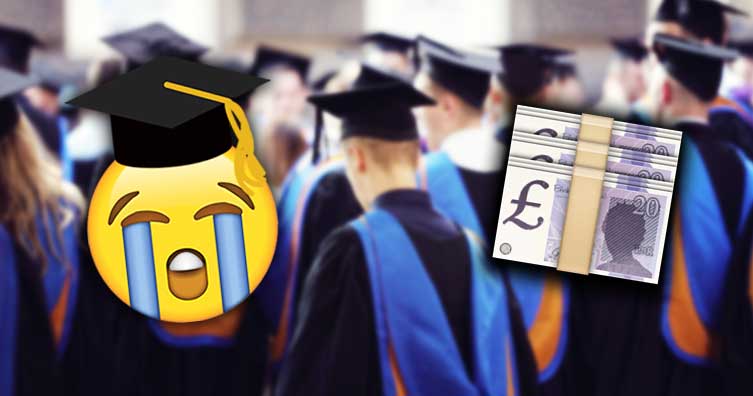 UK students faced £534,000 in fines over three years as punishments for certain actions, not including library or admin fines.

Among the reasons for these were speaking in the library, setting off fire alarms because of what was deemed as “careless” cooking, and holding unauthorised parties.

Critics have argued that it's unreasonable for universities to find ways to charge students even more money, considering most will graduate with a debt of around £50,000.

Which universities handed out the most fines?

Based on an FOI (Freedom of Informaton) request by The Independent, the figures reflect the actions of 136 universities around the country.

However, the total value of fines given is likely to be higher than £534,000 as a number of institutions refused to reveal how much they fined students.

What's more, of the 136 that responded to the FOI request, 30 did not provide a breakdown of the fines issued.

Interestingly, the FOI revealed 19 universities did not fine students at all for punitive reasons, while others admitted to issuing hundreds of them every year.

The Universities of Surrey, Newcastle and Southampton made up the remainder of the top five in terms of number of fines issued.

Why were students fined?

The reasons for these fines were very wide-ranging, with some handed out for fairly unacceptable behaviour, and others just downright ridiculous.

Among the more understandable reasons include vaping in bedrooms and being so loud that the neighbours were kept awake.

One student faced a fine for damaging a Christmas tree, while others were punished for urinating in public.

Breaches of fire safety, antisocial behaviour and noise, and offences relating to alcohol or drugs were among the top reasons.

However, some fines were given out for far stranger reasons. One student got one for “dropping a glass bottle”. Better make sure you tie your bottle to your wrists next time.

Another reported reason was for general untidiness. We know not everyone likes mess, but really? A fine? We dread to think how many rooms in halls will fall foul of these seemingly vague (and overly harsh) rules...

Are universities issuing fines for the right reasons?

There is not clarity around what universities are spending the money they make from these fines on, but there are concerns that it's being used to top up funding when many institutions are struggling financially.

Thanks to our broken funding model, students are forced to accrue excessive amounts of debt just to access an education in the first place; it should go without saying that universities should not be using exorbitant fines as a kind of top-up fee.

However, universities have responded to the fight against these fines, saying that the number issued over three years is low in comparison to the student population.

They said the fines are necessary to ensure the safety of students in their accommodation, on campus, and in the wider community.

The University of Southampton, which was among the top five unis for number of fines issued, responded to The Independent:

The wellbeing of all our students is a top priority for us, and we have a number of policies in place to ensure they can enjoy their time here in a safe environment.

If anyone does create a safety risk, a small fine is one approach we may consider; most fines are £20 and the number issued each year is extremely small compared with our total student population of 24,000.

A spokesperson for Universities UK, the representative organisation for universities across the country, said to The Independent:

It is a matter for individual universities to determine what is acceptable or unacceptable behaviour by students, along with any sanctions that may occur if the code is breached, including the appropriate use of fines.

Of course, some of the behaviour linked to these fines is unacceptable. Damaging property, going against university policies on drink and drugs and behaving antisocially is not acceptable, and does need to be tackled by the universities.

As a student, it’s important to take responsibility for your actions. It might be easy to get carried away with your friends, but don’t use university as a chance to do anything you want.

Even if the fines didn’t exist, some things can really damage your reputation – in the eyes of the university, prospective employers, your peers, and maybe even the law.

That said, when universities are fining students for dropping glass bottles, something really is wrong.

Have you been on the receiving end of a ridiculous fine, or know someone who has? Let us know in the comments!